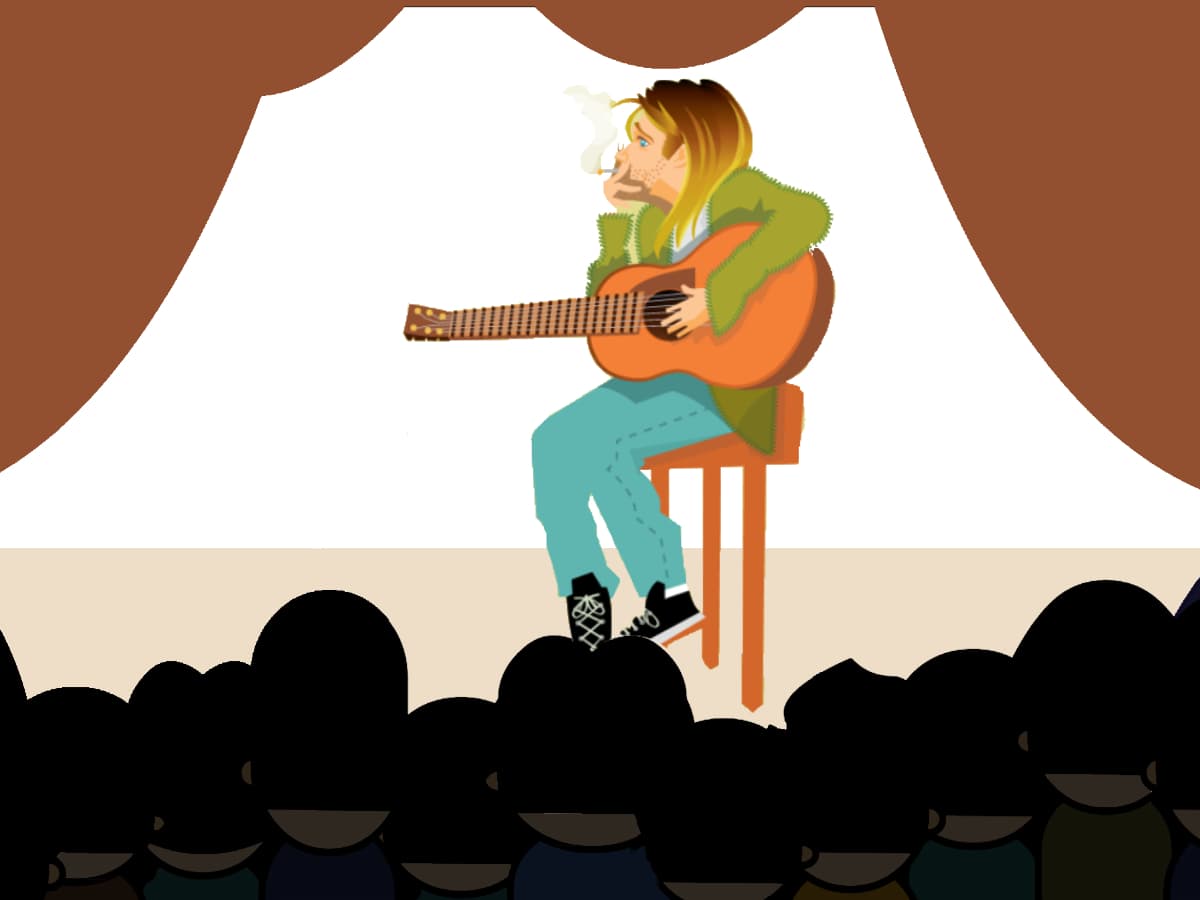 My son is 10 years old. The world is a brand new place for him. He discovered the Beatles last month, and this month he discovered Nirvana; not the Buddhist state of Nirvana, the rock band Nirvana. He was fascinated by the music, the Grunge movement, and Kurt Cobain. Kurt Cobain was the leader of Nirvana.

My son told me the story of Cobain, as if I had never heard it—I love that he teaches me about the world again as if everything is new again. He told me that Cobain had committed suicide because people thought that he was a genius, and people kept expecting him to always be a genius, and the pressure was too much to take. As I was listening to him I was listening for the effect that this story was having in his view of the world, and his belief system. What conclusions was he reaching? Was he developing the belief that “heroin addiction is cool?”, or “suicide is a way out of pressure?”, or both?.

Like it or not, Kurt Cobain will always be seen by the young as a charismatic and tormented artist who suffered from heroin addiction and ended his life in a dramatic suicide. A young poet that gave a voice to young people who felt that they did not belong, that they were marginal. You and I are not going to successfully compete with that story with preaching. So who could? Dave Grohl.

Dave Grohl was the drummer of Nirvana. He embodied the same spirit of independence and cool that Cobain did. He was an equally authentic example of Grunge. But there are big differences in his story. After the death of Cobain, and the breakup of Nirvana, Grohl formed another band: the Foo Fighters, and had great success. Grohl continued to make great music up to today and continues to be considered alternative, non-conformist, and cool. Not to mention that he has earned an estimated personal worth of 250 million dollars. This is a story that has the power to overcome the sad story of Cobain. Its main character illustrates the example of what is possible when you are cool, unconventional and creative, and you stay away from drug addiction and suicide. As I was saying to my son that I have always been very interested in how two friends that shared the same lifestyle and musical talent could have ended up so differently (I said it with honest curiosity and with the tone that I use when I share something—not the tone that I use when I’m lecturing). As we were talking about this, he started to look up Grohl on his iPad and started reading and commenting about him with interest. This an example of fighting cool with cool.

Reframing begins by listening and curiosity. Actually, anything powerful and effective begins with listening. I needed to not only hear what my son was saying but also try to see it from his point of view. It’s not easy. To be able to listen like this I had to fight my fatherly instinct to lecture him on how he should not be influenced by a person that committed suicide—regardless of how cool they were. I had to fight the urge to launch a brilliant lecture. This would have been a disaster. It would have pushed to quietly affirm and defend his view against my attack of them if only to feel as an independent person with a right to his own beliefs.

On the other hand, stories that match the allure of the ones that capture the imagination of the young are like psychological vaccines that can protect our children’s belief systems. Belief systems that will guide their view of the world, and the people of the world. Belief systems that will produce their thoughts and emotions, and will serve as guiding systems through their lives. So when it comes to fighting the beliefs that will guide them into either positive, negative, and perhaps deadly paths like addiction and suicide, we have to fight cool with cool; fighting fire with fire will not win the war for our children’s minds.

What is the safest place for alcohol and drug treatment in the US? The answer will surprise you.

Queens-based rapper says he draws inspiration from his father